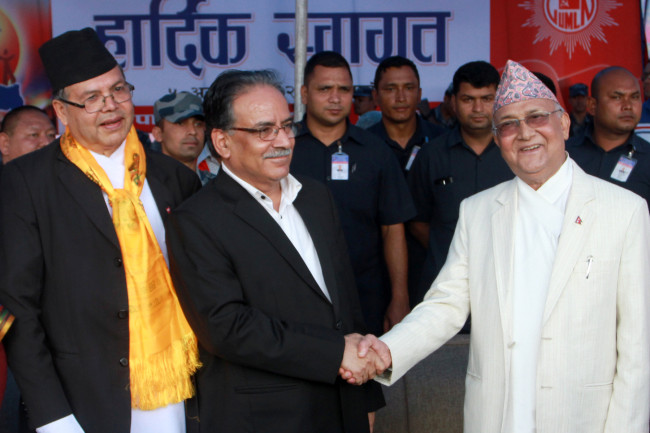 The two leaders discussed about the expansion of the cabinet and making the supply system smooth and easier in the context of unannounced border blockade imposed by India on Nepal and its adverse aftermath.

On the occasion, Dahal, who is also the Coordinator of the High-Level Political Coordination Committee, appealed Prime Minister Oli to take measures that would make the life of public easier at a time when fuel crisis has taken its toll on them, according to Dahal’s personal secretary Shiva Khakurel.

The meeting between the PM and UCPN (Maoist) Chairman dwelt on general issues, according to PM Oli’s press advisor Pramod Dahal. RSS